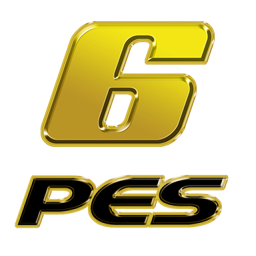 You who surf the Internet and search for the latest PES 6 update will have no trouble getting updated face, kits, boots, graphics menu on the Internet. Although not as much as a few years ago, but slowly but surely PES 6 updates can be found quite easily.

If you look at the minimum PES 6 specification above, I think the laptops on the market now will be very easy to run the game PES 6. But sometimes despite having a qualified laptop specifications to run PES 6, sometimes we still often experience stuttering / lag when playing . This is because the Pro Evolution Soccer 6 game is not compatible with the latest operating system (Windows 7, Windows 8.1 / Windows 10). One way to overcome it you can change the compability PES 6 in Windows 7 / 8.1 / 10 to the version of Windows XP when it will play the game PES 6. If you have other tips, can leave commented 😀